Dear Sir: Perhaps you might remember me from my stupid phone call last January, if not, my name again is Frank Zappa Jr. I am 16 years old ….

A TRIBUTE TO FRANK ZAPPA

Why are AMM All-Stars playing Lumpy Gravy at Zappanale #30?

Ben Watson: Because it’s a fantastic album. Yet no-one plays it! Frank used to call it his „favourite“, but no-one took any notice. AMM All-Stars are automatically attracted to fantastic stuff everyone else ignores, it’s a speciality of ours. People don’t play Lumpy Gravy because it doesn’t have any „hit songs“, it has Motorhead Sherwood talking about building his car, mouthnoises, atonal post-Darmstadt compositions with drums by Shelly Manne (really!), surf rock riffs, tunes which sound like sea shanties played on a demented carousel organ, girls talking about dark clothes, even some Mothers of Invention … but all these things are made equivalent because no matter where they came from or how they were made, they all became recorded sound. Like all Zappa’s albums, it’s actually a sonic junk sculpture, but it just so happens „rock songs“ are not part of Lumpy Gravy’s junk, so cover bands ignore it. Listen to me, what I am saying is The Truth!

Gail Zappa said it, which means it must be true: „But the three particular pieces that Frank considered his absolute masterwork were Lumpy Gravy, We’re Only in it for the Money, and Civilization Phaze III, the last album that he actually finished.“ (Interview in Vanity Fair, October 2008).

Oh, I see. So why do most Zappa cover bands insist on playing „Zomby Woof“ and „Joe’s Garage“ all the time instead?

Ben Watson: Because they don’t understand that this kind of junk only works because of its placement in the overall Output/Macrostructure!

Ben, you’re known at Zappanale for the Ben Watson Quiz, when you torment us with impossible-to-answer questions and hold vocal drum contests. You are well-known as a music critic and author of Frank Zappa The Negative Diakectics of Poodle Play. How come you are now leading a band and playing keyboards? What happened?

Ben Watson: Well, Graham Davis happened. You know Graham. He brought Gabba Zappa Hey! to Zappanale #29 at great cost to his psyche (and bank account). His name is a bit ordinary for a rock star, tell the truth, at least to English ears. We think he should be renamed „Ersatz Mint Douche Corduroy Ponz“, but maybe that sounds ordinary in German, hard to tell. Anyway, Graham felt he was being typecast with Gabba Zappa Hey!’s punky versions of Zappa songs, and wanted another way to show his talents as a singer, musician and arranger. Graham plays synth in AMM All-Stars, and …

How did that come about?

Ben Watson: Well, I saw Gabba Zappa Hey! at Zappadan Zappajam, the Zappa festival organised by Mike Fox of Acton Zappa (the West London funky freaks who specialise in the 70s soul side of Frank) in December 2016, and I was blown away, of course. I asked Gabba Zappa Hey! to open for us at Cafe Oto here in London, and Graham liked our attitude and our music. However, we already have top electric guitarist Dave Black in the band, so Graham offered to play synth, a skill he’s picked up because of his deep devotion to – no offence – Kraut Rock. AMM All-Stars play every Wednesday (2:00-3:00pm UK time) on my radio show Late Lunch with Out To Lunch on Resonance 104.4FM <www.resonancefm.com>, so Graham has now played with us over fifty times … the sarcasm, wit and poignancy of his synth stylings are now essential to our sound.

Ben Watson: Our sound starts from where Zappa got to at the end, actually (Gail’s claims about Civilization Phaze III notwithstanding, we think Dance Me This is the most advanced music he ever made). That’s why „Wolf Harbor“ from Dance Me This is part of our set, in a „Pollution Suite“ Graham has arranged (along with „Nine Types of Industrial Pollution“ from Uncle Meat and „Food Gathering in North America“ from The Yellow Shark). Of course, some people think Zappa should just be repertoire like other dead composers, but we take Zappa as a green light for innovative music, a new way of playing rock … (and we like what the green light does to Jair-Rohm Parker Wells when he plays in the band).

How do we find out about AMM All-Stars Music?

July is quite a long time to wait …

Ben Watson: You can hear us every Wednesday on Resonance 104.4FM <www.resonancefm.com> 2:00-3:00pm UK time. Also, if you check out The Internet Archive <www.archive.org> and search on „AMM All-Stars“ you’ll find 285 hours of our music to listen to and play at parties, that might occupy your time. As a taste of what Graham can achieve as musical director of AMM All-Stars – I know everyone has a copy of the Gabba Zappa Hey! CD he was giving away to all and sundry at Zappanale #29 – you could listen to our version of „The Pleated Gazelle“ <https://archive.org/details/PleatedGazelle11-x-2018>. Now, Graham doesn’t read much, and certainly doesn’t read your compatriot Theodor Adorno, but it makes me chuckle that in singing „A Nun Suit Painted on Some Old Boxes“ he has effectively sung Adorno’s music, because this tune from 200 Motels is an adroit parody of the music Adorno wrote for his musical based on the Mark Twain story used in Raiders of the Lost Ark…

Ben, you are making this up …

Ben Watson: I wish I was. As Jeffrey Daniel Jones argues in his recent PhD at the University of Kentucky – directed by Appalachian music scholar Ronald Pen – Frank Zappa and his Concept of Civilization Phaze III, Frank left the rest of the composing pretenders eating dust. He knew what he was doing!

Finally, what’s all this about sea shanties?

Ben Watson: If you are into „Wolf Harbor“ and James Joyce’s Finnegans Wake and Climate Change as much as we are, you realise that water is the future medium, „all that is solid soap melts into the bath water“ as Karl Marx wrote in The Communist Manifesto. Surf Rock is the secret substructure of all Zappa’s music (that, and „Louie Louie“). We’ve been singing sailors‘ songs for about a year. I myself couldn’t quite remember how it all started, so I asked Graham … This is what he told me: „You know how you always plays a „half-time single“ during Late Lunch as a break from an hour long improvisation by AMM All-Stars? One day you played Ewan McColl and A.L. Lloyd singing „The Handsome Cabin Boy“ (which, as I’m sure you know, was a tune played by the Mothers). I really enjoyed the Sea Shanty sound, and soon found myself playing other tunes in that style. One of those songs was „The Lumpy Gravy Theme“, and soon the idea of doing the whole of the Lumpy Gravy album in that style was born. I quickly put together a demo on my little home recording device of Sea Shanty style tunes, and dialogue, using as music AMM All-Stars recordings from the Late Lunch radio show. And, unlikely as it seems, that’s why I’m in your shower riding this badger.“ I hope you will forgive Graham this quaint use of the Scunthorpe vernacular, it means „that’s why I’m staying up late arranging Lumpy Gravy tunes as sea shanties for you“ …

We’ve heard a lot about Graham, what about the other members of your rockin‘ teenage combo?

Ben Watson: I needed to concentrate on Graham as he is musical director for the Lumpy Gravy project. Obviously, I have recruited some of the finest musicians in London for AMM All-Stars. In the photo, taken in a piss-stained garage used by all kinds of dodgy ragbag militias, left-to-right are: Peter Baxter, drummer and library rhyme-timer, responsible for turning my radio show into a band (it’s all his fault); Dave Black, electric guitarist from the worlds of Northumbrian doom folk, theatre and conspiracy; Robert Goldsmith, baritone saxophonist and plastic medievalist; Ben Watson aka Out To Lunch, band leader, spokesman, keyboardist, vocalist, fabricator; Paul Shearsmith, improv legend, trumpeter; Graham Davis, musical director, vocalist, keyboardist. Other two photos? Dave and our brilliant violinist Helen Tate (you know her, she played with Spanner Jazz Punks at Zappanale #25) in a garden gig in West Ealing; Iris Watson, our djembe hand drummer, dressed up as the English Johannes Gutenberg for World Book Day.

Ben Watson: Thank you. In an administered and airless world, Music is the pest! 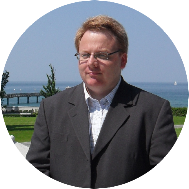